What can I say? It doesn't fit above, put it here. Also the location of board rules/info.
Post Reply
505 posts

[1] Get and keep an engineering job, and be able to live independently
Top

Even when mom pushes me to do something that expands my agency like opening a bank account, I still reflexively flinch back because she has a history of pushing me and pressuring me on important decisions like my linguistics minor, the summer research project and the co-op (and on gf stuff). I really wish there was a part of my offline life she didn't know about
Top

HA! Spent two hours working on a calendar for the group of druids my character in D&D comes from, assuming our DM was using basically "the planet goes round its star, and its moon orbits the planet in the same way the Earth, Moon, and Sun do", only to ask afterwards what their calendar is... to find out they use a 300-day-long calendar where the moon orbits every 30 days 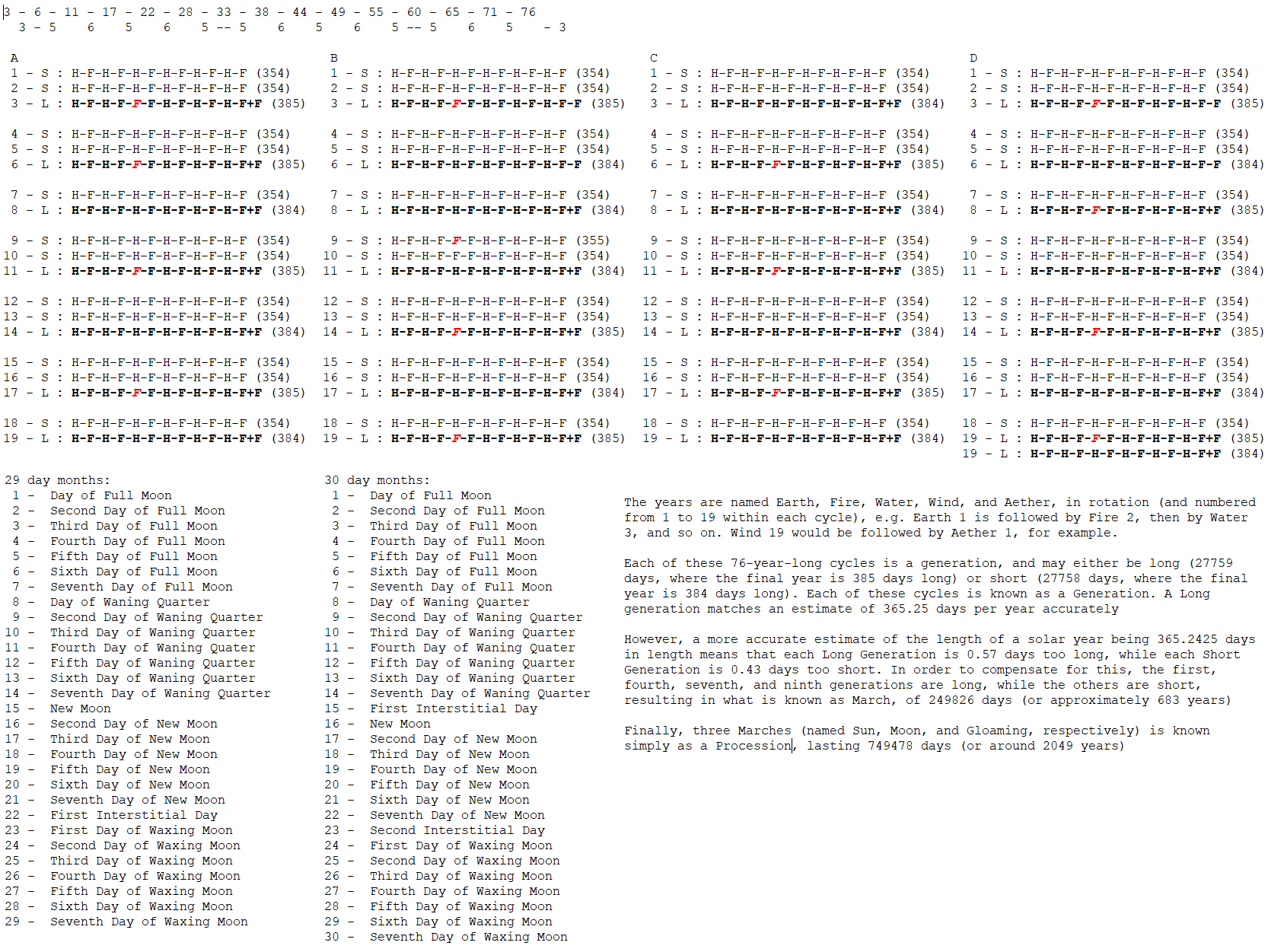 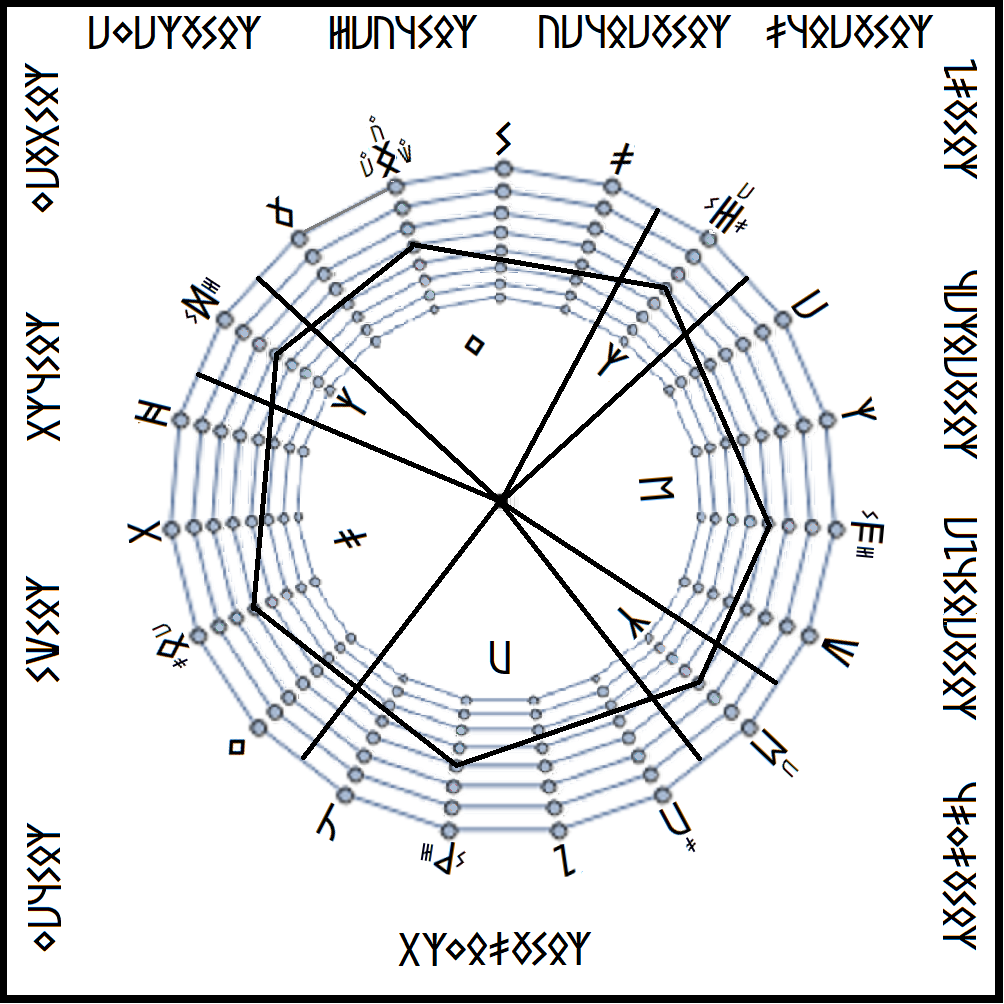 My character is a Moon Druid, so it felt right to tie a character to phases of the moon, but I didn't want it to drift like purely lunar calendars do, so settled on a lunisolar calendar (there is purely solar calendar as well, which divides the year into 12 months of 30 days each, plus 5 "additional days" spread throughout the year to mark transitions between seasons and years, but it was meant to have less of a social impact that the lunisolar one, which determined things like gatherings, communal and private celebrations/festivals/events, as well as being relevant to points within and individual's own life, like the age that they might start training to be a druid, or the age that they might start taking on certain roles*)

I think I'll hang onto it, but in-game, eh, feels a bit silly now

*For example, in the 13th year of a person's life, they can begin to train as a druid, to prepare them for their "long 14th year" (this is "symbolically long" rather than actually long, where a person's life is marked out, year to year, in a similar manner to the lunisolar calendar). Similarly, druid's are able to start taking an active role in their 16th year, and to take up residence on their own in their 18th year, again, ahead of their "long 17th" and "long 19th" years respectively.

The 13th year is also the first of the "winter years" so the start of training begins in "harder times" but also during what is considered the "two years of reflection" (there is a "between seasons" year marking the "winter/spring", "spring/summer", and "summer/autumn" transition, but nothing specifically marking an "autumn/winter" transition, which is instead marked by two years (the 12th and 13th) of more intense reflection, especially regards to losses within the community of the past few years, but also towards strengthening bonds within the community), the 16th year is the final year of the "winter years" (while not marking the end of "training", which is considered on-going throughout a person's life), and the 18th year is the first year of the "spring years. This, ideally, prepares each druid for "the height of spring" in their life, i.e. their 20th year, the beginning of a new cycle, which they start as a full member of the community, with training, the ability to speak and vote in gatherings, to take part in rituals, and the right to take on basically every role within the community.

My character, Henk, is in his 28th year, which is considered a year of turbulence, and given that several members of the community had recently gone missing, he felt it was only right that he through himself into the turmoil, with the intent of returning to "normality" by his 30th year (this was actually a coincidence, since, from what I can remember 28-30 is considered a typical age for a level 7 or 8 half-orc(?), and I joined the campaign when the other players were at level 7)
You can tell the same lie a thousand times,
But it never gets any more true,
So close your eyes once more and once more believe
That they all still believe in you.
Just one time.
Top

Random: Science with friends is the best kind of Science. (Just got another publication accepted.)
And I'll dance with you in Vienna,
I'll be wearing a river's disguise;
The hyacinth wild on my shoulder,
My mouth on the dew of your thigh...

I made a funny (image of moderate size):
Spoiler: 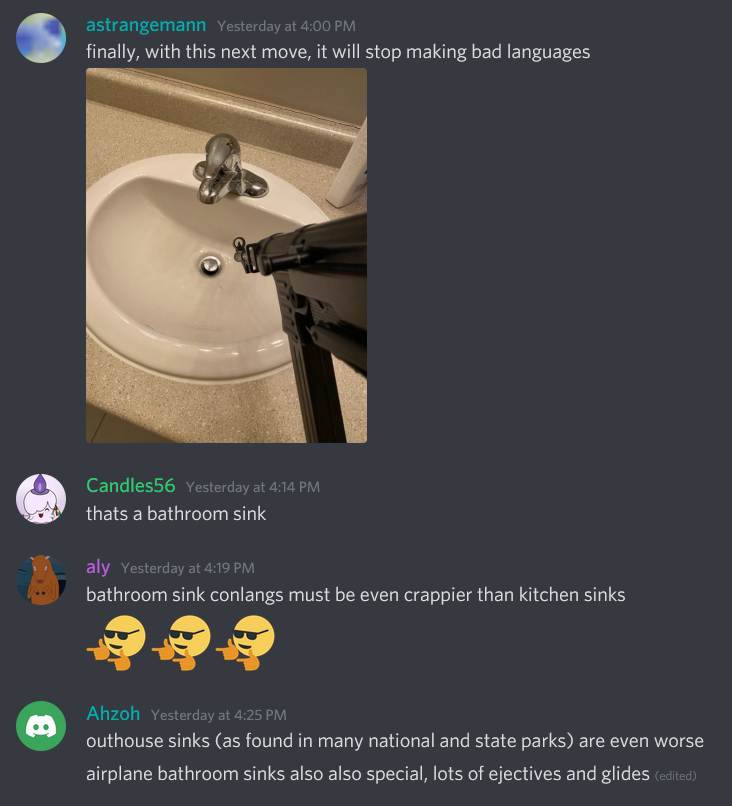