The nĆaulaosz Script is based on the Momčalsumai script. As a reminder, this is what that script looked like: The sounds not in nĆaulaosz (aspirates and labiovelars) are obviously dropped, except the grapheme for /pʰ/ now stands for /f/.
Being a Thousand years later, a "cursive" script has developed, but "official" announcements and documents must be written in "Old Script".
I will state some basics of the script's composition, so some of the diacritics maybe understood: The following strokes are availible: Horizontal Line, Vertical Line, Ascending 90 degree diagonal, Descending 90 degree diagonal. All letters must contain one of the first two; the diagonals are only decoration. Also, each letter can only contain one each of the first two, The Vertical being the "primary" line if it contains both; ones featuring only a horizontal line will consider that the "Primary". All letters contain either a Vertical and Horizontal or a base and at least one diagonal, whose horizontal reach will be that of the horizontals in vertical-only letters, and whose height will be the same as the verticals in horizontal-only letters.
The graphemes for /ʃ ʒ/ are formed by putting a small version of the /j/ grapheme under the graphemes for /s z/.The same tactic is used for the i-onglide diphthongs. The Retroflexes are formed by a line parallel to the "primary" of the /t͡ʃ d͡ʒ s z/ graphemes. The same tactic is used for /ɫ/ from /l/, and /ɯ aɯ e o/ from /u au e o/(The e and o graphemes now represent /ɛ ɔ/. Lenited consonants are formed by putting a small /h/ grapheme under the consonant, including lenited forms that occur without lenition (/r x/). The /n/ grapheme is used the same way for eclipsed consonants.
An Example: It says <Ćaulaoszith nDaonie> /t͡ʃaulɯʂiθ nɯnie/ "Of the Ćaulaosz People"
Many children make up, or begin to make up, imaginary languages. I have been at it since I could write.
-JRR Tolkien

^As usual, liking the straight lines and sharp edges.

Also, the 2nd pic looks like an old file that I had with my conscript, ie, a poorly drawn Paint image XD

My conlang has come a long way since starting as this: 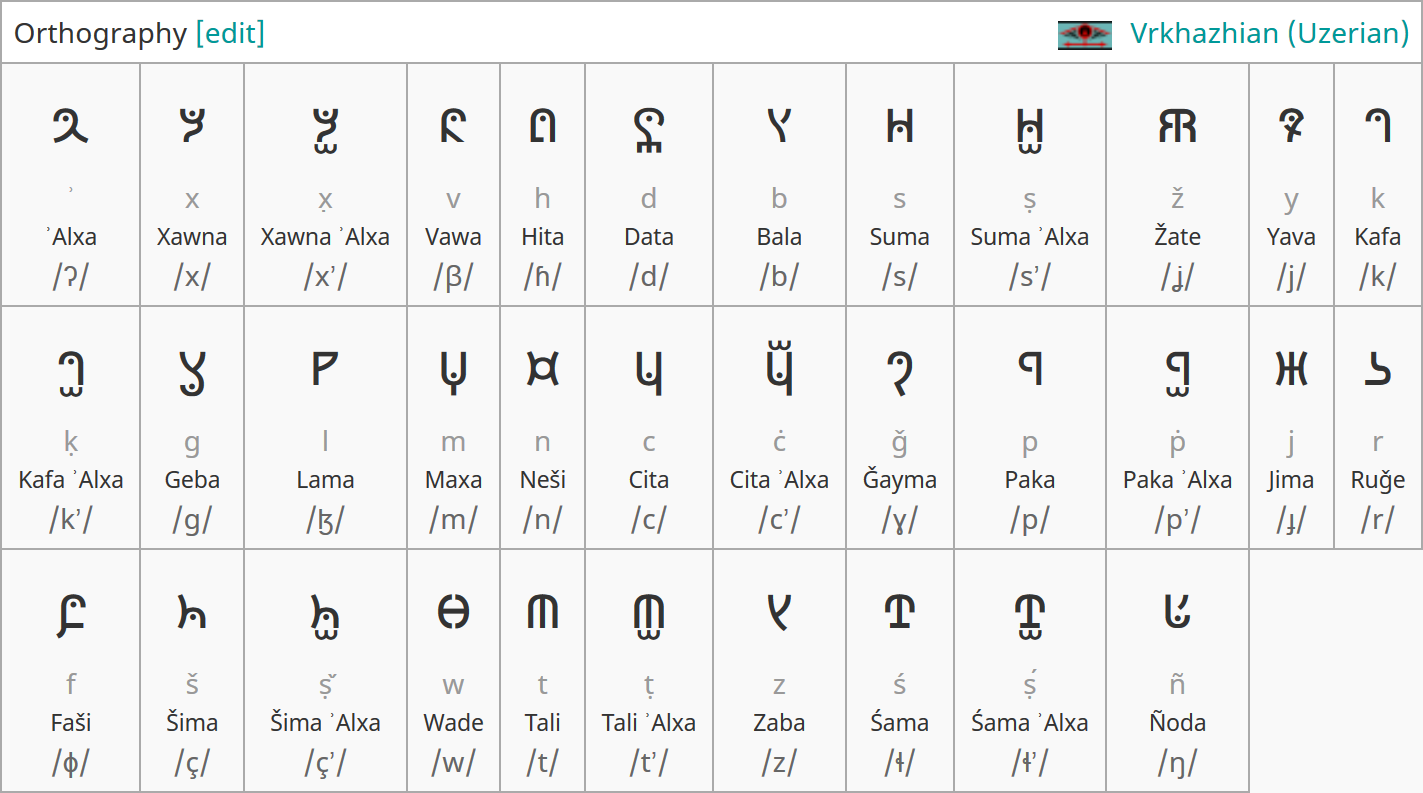 The Classical Sikaz script is an alphabet, read from right-to-left. It has no way of expressing /ʔ/ and diphthongs are formed by stacking. The text after the thick line at the bottom says //ɹɛʊʔaɲit͡ʃ / "The King":
/ɹɛʊʔaɲit͡ʃat͡ʃ /
Spoiler: Many children make up, or begin to make up, imaginary languages. I have been at it since I could write.
-JRR Tolkien

This is a Valentine's Day card in Sajem Tan. 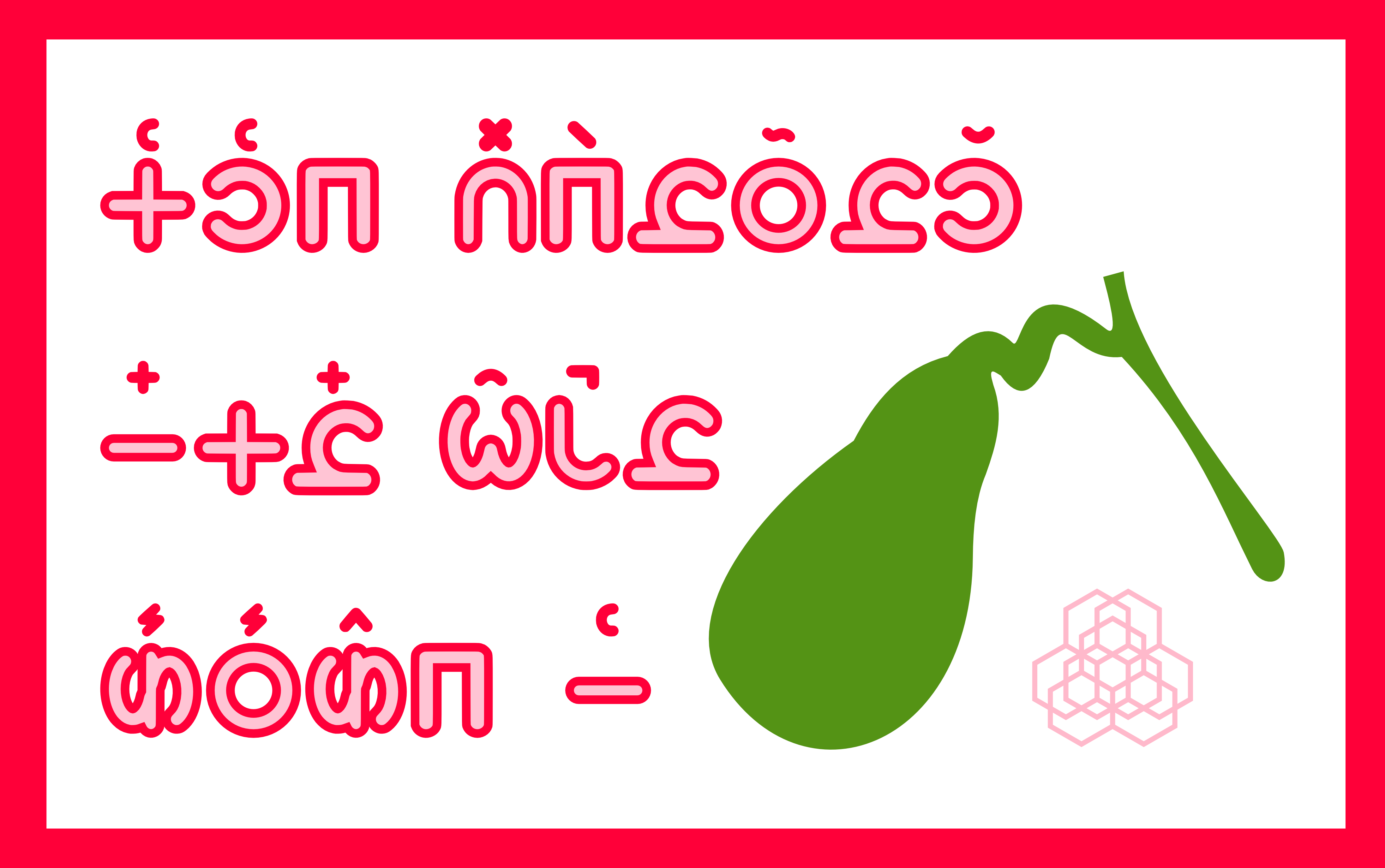 I need some idea for what Ya, Wa, and Ha should be.

I love this.
g

Not sure whether Ha fits with the rest of the letters, and I still can't think of glyphs for Ya and Wa.

Perhaps the strangest script I have ever made... I mean, it was inspired by the logo for a trucking company I saw drive past on the highway about a week or two ago. Sooooo. Yeah

Each pair of glyphs is (at the moment) for the same sound, but one is made to fit cleanly next to another glyph almost like stacking them. I also imagine that each line with start with the opposite orientation of the line before it, but that has yet to be tested as I haven't even bothered to assign meaning to any of them yet.

Thoughts? Anyone wanna try to make a handwritten version?

I have strongly liked everything here since my last previous post! (July 30 last year, a year and four days ago!)
My minicity is http://gonabebig1day.myminicity.com/xml
Top

Fine, in my taste I'd reduce the spaces between diagrams to harmonize...
as the example bellow... 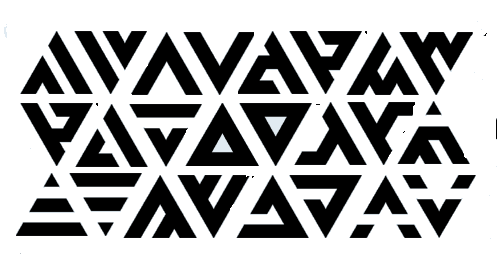 That would be how it would be written if it weren't an example of the paired glyphs.

Also, I've crafted vowel markers as well which necessitates a bit of room above and below the lines

Very Arabickesque! The perfect script for a conworld suggestive of the Middle East!
♂♥♂♀

My Kankonian-English dictionary: 72,000 words and counting

Another advantage for the regularity of tessellations is the possibility of escaping from the traditional direction "right> left"...
Not to mention the decorative / calligraphic side ...
By the way an abugida can easily switch to an alphabet, and vowel marks to autonomous signs ...
The advantage here is of importance ...
today pic..
Top

I'm picturing a form of poetry where lines are read backwards or what have you for two nested meanings.

maybe take some of the arcs (like Ka or Ga), and put dots or dashes inside the curve, rather than alongside it?
At work on Apaan: viewtopic.php?f=6&t=4799
Top

They'd have to be unique glyph shapes, like I've done for Ha. Of course maybe I'll represent them with Gha and Zha since i already represent ejectives using the same letters as the plain series.

I made the letter Wa: