Miscellaneous fun facts about your conlang to share and know

I made myself a practical language which I can use for different purposes, especially to write private/secret stuff about my life in my diary. I'm working on a conlang script at the moment, and will soon get someone on Fiverr to make me a font to use. And so, my conlang isn't fancy or historical. It's just fun and useful.

I often need to borrow words into my conlang to talk about certain things. "Borrow" is a weird word to use with conlangs, because you can just invent a new word. What I mean by "borrow" is that my conlang's "native" words are entirely Sanskrit derivatives. Natural languages borrow words often. And so sometimes I'll "import" words from a natural language [mostly English or the Asian language me and my family speak] into my conlang. I like borrowing those "untranslatable" words from my Asian language which just doesn't exist in English or an English weltanschauung. Occasionally, I will borrow a word I like from another conlang, such as some older abandoned conlang I have.

And so I have an infix to indicate that the word it is appended to is a loanword. The infix is: -vh- [the vh makes an /F/ sound]. There is no individual/independent letter "F" in my conlang, and no "native" word in my conlang has the /f/ phoneme in it, so I decided to use that voice/phoneme because it stands out.

One of the first English words I borrowed into my conlang was "kokovha" which means "hot coco/chocolate" which I like to drink during those cold rainy mornings. Another word I borrowed was "kavhevha" which means "coffee." I have "amatsonvhatum" to mean "shopping and buying things on Amazon." When I borrow words I spell them phonetically using what phonemes/letters I have in my conlang. I'm born and raised a Theravada Buddhist, so I also like to borrow Buddhist words/concepts into my conlang also. Theravada words are in Pali, which is a vulgar dialect of Brahminical Sanskrit. And so I have Buddhist words like "dhammavha" which comes from the Pali/Theravada word "dhamma." "Kammavha" means the Theravada concept of "kamma." I borrowed a few very hard to translate words [into English] from my Asian language into my conlang which is "sojhivatovha," "guonvha" and so on.

Once I borrow those words with the -vh- infix, then I can use the affixes in my conlang to make new words out of those borrowed words: "kokovhatum" mean "to make hot coco." "kavhevhatahe" means "to be drinking coffee." "Adhammavhayesatum" means "to wish or to desire to cause or to do or to commit an act or behavior which is against the teachings of the Buddha or the principles of Buddhism." "Akammavhekas" means "a person who is ignorant of the concept of the casual nature of cause and effect and in such ignorance behaves in such a way where that their actions produce end results which harms or hinders their own self and their own life and the lives of those around them."

The more I use that simple loanword infix, the more useful it becomes for me.
Top

The concept behind my conlang's script is based on its fictional alternative historical story: it developed as a sister language of ancient Vedic Sanskrit, back many thousands of years ago, when human language had very few writing systems in use. And so, the written alphabets of that ancient time period were used to develop the characters. The characters were developed from mostly Egyptian Demotic, but also from proto-Hebrew, Phoenician, Aramaic, and Brahmi.

Like Sanskrit's eventual Devanagari script, my conlang uses Threads [the bar above the letters] which weaves the letters together into words. "Tan," the root in the word "Tantra" means "Thread, Line, Fabric, Wire, Seam." Interestingly, using the bar to thread the letters together into words makes reading the text very easy on your eyes and brain, because each word is distinctly and clearly separated apart from other words. You don't unconsciously strain to look for words and separate words from one another.

The feel and spirit of your conlang changes when it has developed its own dedicated script, where each character of its script represents each of the unique sounds and voices of each phoneme of your unique conlang. Where, no longer does the everyday English/Latin alphabet, or even IPA, clumsily, is used to carry your conlang and its unique patterns of sounds and intonations. It's almost as if the conlang, once a textual/written corpse has the Breath of Life breathed into it and it becomes alive.

With it's own script, writing your conlang becomes artistic in a sense. Like how calligraphy was back in the old days when language was handwritten with feather and parchment. Not just to write text, but to express thought from your mind, out into the real world as images. Each image is a word. Each word was a formless element and archetypal thought in your mind. Tantra is magic and creation. The magic of the formless and immaterial manifesting as something formed, observable, and experienceable. Much like the formless archetypal patterns in the mind of Brahma manifesting as the physical world of experience. Like how the formless archetypal patterns in our own unconscious mind manifests as the dream worlds we experience. With its own script to express itself and manifest, there is a kind of magic to your conlang.
Top

This is likely ANADEW, but I've always found it really neat. I have a conlang called Selekain that marks verbs for voice. Due to a quirk of its morphosyntax, there are some instances where certain verbs are marked simultaneously with both passive and antipassive morphology.
Top

This sounds interesting. Is the resulting verb left without any arguments?
Creyeditor
"Thoughts are free."
Produce, Analyze, Manipulate
1

Creyeditor wrote: ↑07 May 2022 16:08 This sounds interesting. Is the resulting verb left without any arguments?

Verbs in this situation do still have at least one or more arguments. For this to happen, you need an antipassive deponant verb and a relative clause.

I don't have my grammer document with me right now so I will make up the word "dak-" to demonstrate. Imagine dak- is an antipassive deponant verb that means "to date", and I want to say "The woman that I am dating". The issue here is that "woman" is the object of a dependant clause and Selekain can only relativise the subject of a dependent clause. The way Selekain usually solves this is to raise the object by making the verb passive. Notably, this strategy even applies to deponent verbs that are already marked with a different voice. So, the way you'd say "the woman that I am dating" is:

Oh, so your conlang has a class of antipassive-deponent verbs that take an antipassive marker =t even though they are not antipassive semantically or syntactically? That is indeed neat amd original (AFAIK) 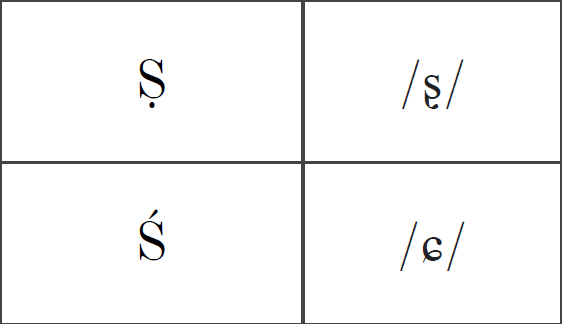 It took me a while to learn to pronounce those retroflex consonants. I had to watch a bunch of youtube videos. It bugs me not being able to actually pronounce words from my own conlang!

My Kankonian-English dictionary: 80,000 words and counting

Whoa, that's a complicated language! I really like how the meaning is encoded directly into the word!
Top

Ăsă has VSO word order normally. However, in the past tense, it becomes VOS, and in the future or immediate future, it becomes SVO. The verb does not change form, but a word-initial auxiliary is inserted; the 3rd person singular forms are (respectively) ūlan, ian, and vaun. The word order changes come from the sources of the auxiliaries: the past tense comes from "come from," so the past was interpreted as a sentence with the verb being "come," followed by a prepositional phrase "from" and the old verb phrase - hence (aux)-VO-S. The future comes from "to want," and the immediate from a verb meaning "go to." Both of these were interpreted as sentences with the verb being "want" or "go to," the subject being the old subject, and the object being the old verb phrase - hence (aux)-S-VO.

Edit: I made a typo in the italics tag and made the whole thing italic.
/ɸ/, /ʍ/, and /ɴ/ are great sounds, and nothing you say can convince me otherwise.

Conversational (on a good day):