How would you romanize Kazakh?

A forum for discussing linguistics or just languages in general.
Post Reply
38 posts

I know bumping a year-old thread is annoying, but making a new thread seems unnecessary considering this one already exists. Hopefully it's fine, since I feel like this topic is just as relevant now as it was a year ago.

At least for now, they seem to be still using the old Cyrillic alphabet alongside the new Latin one. Apparently it's like this only for a transitional period of six years, though, during which they'll force everyone to embrace the awful new alphabet...? Apparently they'll also be somehow trying to eliminate Russian influence.

But seriously, is there any hope that they'll realise the new alphabet sucks? I mean, I get that random language nerds who've never even been to Kazakhstan complaining about it online could be seen as being almost as imperialist as the Russian Empire's invasion of the country once upon a time, but still... I just hate seeing languages being flushed down the toilet, which I know nobody cares about except other random language nerds while most Kazakhs themselves are probably happy with it? But ugh.

Anyway, I think the simplest fix for the current mess would be to just reorganise their chosen letters and get rid of the dotless I:
1) first do what everyone's already said and replace <ý> with <w>
2) replace <w> with <u> between consonants and word-finally
3) replace <ı> with <ý> à la Turkmen; <я ё ю> become <ýa ýo ýu> but <и> becomes <yý>
4) word-initial <е> as <ýe> would match phonetics better
5) when the word has front vowels before it, replace <yý> with <iý>
6) between consonants, romanise <и> as <i>
7) romanise <ң> as <n> before <k g q ǵ> and <ń> elsewhere
Top

Just wanted to mention that the actual phonemic system of vowels in Kazakh seems to be debated, as well as the vowel harmony facts (and relatedly, some consonant pattens). Might be a reason for confusing orthography.
Creyeditor
"Thoughts are free."
Produce, Analyze, Manipulate
1

Just now, I randomly came across an article in Karakalpak (written in the Cyrillic script) and decided to look up if they also have a Latin alternative... welp, turns out their alphabet is being reformed in a way that's similar to the reformed Kazakh Latin alphabet, only it may be even worse when it comes to the I's and actually predates the Kazakh reform if Wikipedia is to be trusted.

I mean, at least the lowercase forms are just right and it uses <y> for /j/ so I'm not saying it's worse overall, but the mismatch between case forms is definitely even more nonsensical; why not just use <Íí> for /ɯ/, which would allow /i/ to be romanised <Ii> without issue? Or the opposite, in which case the acute accent would unambiguously signify fronting of vowels? I guess the destruction of aesthetics and practicality is now a top priority for the Turkic deciders.

I wonder when the Kyrgyz will decide to switch to a Latin alphabet, and how bad it wil be...

Creyeditor wrote: ↑20 Apr 2019 09:49Just wanted to mention that the actual phonemic system of vowels in Kazakh seems to be debated, as well as the vowel harmony facts (and relatedly, some consonant pattens). Might be a reason for confusing orthography.

Seems so (same with Uzbek), but there's no justifiable reason for them to use <ı> for /j/ under any circumstances and not use <w> for /w/, especially since they're not using <w> for anything else.
Top

Vlürch wrote: ↑20 Apr 2019 05:01I know bumping a year-old thread is annoying, but making a new thread seems unnecessary considering this one already exists. Hopefully it's fine

Let's check the rules of the Internet: 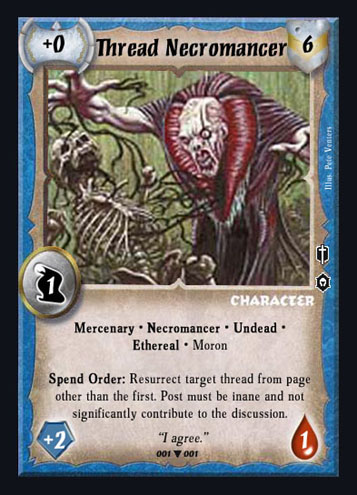 Note the bit "Post must be inane and not significantly contribute to the discussion". Injecting a short and/or otherwise pointless post into a dead thread will accomplish nothing but raise its putrid husk to shamble aimlessly among the living, leaving confusion and dismay in its wake. By contrast, properly preparing a meaningful response to the thread will genuinely revive and restore it to serve its original purpose once more.

So yeah, it's fine. In fact, at least on this board, it's generally preferable to bump an old thread rather than post a new one on the same subject. Saves us mods the trouble of having to merge them.

I know I already posted in this thread, but I came up with this system the other day and to me it just looks fantastic, if a bit Slavic influenced. I don't see any reason for non-Oghuz Turkic languages to use the Common Turkic Alphabet anyway.

I'd rather just keep the Cyrillic script though, which is probably what they'll eventually decide anyway.
Top

*Is -ан a suffix that varies with -ен?
**Is парасат a Persian loanword, or a Turkic construction? If the latter, what elements are the word consisted of?
*** Is -мал a suffix or a bahuvrihi-element, and does -дик here come from -dıq or -lıq?
**** Is the -нас a suffix?

As you can see, the alphabet is morpho-etymological in nature; spelling of suffixes are morphophonemic, so that (for instance) the plural suffix varying as -лар -лер -дар -дер are spelt consistently as لر ; hence the questions above. Orthography of Persian loanwords have been retained, and the separate letter عُ has been used to represent -w coming from Turkic -ğ (cf. English though, dough, rough).
Top

Based on this, I would go for something like this just to avoid diacritics

Good news! The Kazakh government is going through more orthography reforms. The current proposed orthography right now looks like the one below. It's very possible some things will change before ratification though. It's a lot closer to Turkish now.


Definitely prefer this to their last system

i think you made a coiple of typos but thank you. the biggest surprise for me is the use of ŋ ... Im sure there are some but offhand I cant name a single national language that uses ŋ in its alphabet. Im glad the apostrophes came off, too.... but also not surprised.
I'll take the theses, and you can have the thoses.
Top

Pabappa wrote: ↑19 Jun 2020 04:43 i think you made a coiple of typos but thank you. the biggest surprise for me is the use of ŋ ... Im sure there are some but offhand I cant name a single national language that uses ŋ in its alphabet. Im glad the apostrophes came off, too.... but also not surprised.

<ŋ> is definitely an interesting choice for it. I imagine the goal with the most recent attempt was to make it more resemble an orthography and less of a romanization. I think in most respects they've moved towards that, but <ŋ> strikes me as a character that has the opposite effect. It is a nice callback to its Cyrillic form though.
Top

That usage of <y> and <ı> seems kind of... exactly backward from what I'd expect, both based on Turkish and just intuitively. But apart from that little detail, seems fairly decent to me; definitely an enormous improvement. (Well, assuming that <g> is supposed to be <f>, and the second <p> is likewise a typo for <r> and not the Kazakhs deciding to keep the Cyrillic <р> for no reason.)

I'm tempted to pount oit something here, but oh well...


the biggest surprise for me is the use of ŋ ... Im sure there are some but offhand I cant name a single national language that uses ŋ in its alphabet.

I did a bit of digging on Wikipedia, and yeah, <ŋ> seems to be used in various (mostly minority) languages all around the globe, but Kazakh's status as the primary state language of an independent country might be fairly unique among them. I'm guessing it has to do with it being a fairly new letter, so it's only used in newer orthographies - and then only if the language has a phoneme that it's a sensible representation for (i.e. usually /ŋ/), which a lot of languages don't. Most established national languages have had established orthographies as well since before the idea of using <ŋ> was really available, and certainly since before people stopped being averse to using letters that most printers wouldn't have suitable type for.

However, a bunch of those African languages do have the status of a "recognized national language" (or something to that effect) in their countries. Typically, that status seems to be shared among several local languages, while the old colonial language (English or French, usually) functions as the official state language.
Top

. Fixed those changes. No idea how I wasn't able to spot them at all.

To me it's particularly an interesting choice because of <ı> also representing /j/ seeing as how common <y> is for expressing that phoneme.
Top

Try to Romanize this with acute series

It may easy to pronounce that, acute meaning new letter as nukta on Devanagari or Indic alphabets.

It’s a good idea when Kazakh transliterated into Latin.
Top

They're already using <h> for two consonants, one of which occurs only in loanwords, so why not also use <v> for two consonants, one of which also occurs only in loanwords? If they wanted to have <y> as a vowel without causing confusion, using <z̧> for /ʒ/ would be consistent with <ş> for /ʃ/ and then they could use <j> for /j/. Using <i u> for <и у> would be analogous to the use of <h> for two sounds, too.

Using <ŋ> for /ŋ/ really is interesting. If they'd used <z̧> for /ʒ/, using <ņ> for /ŋ/ would've looked pretty cool, but I don't think there's any hope of any major language's orthography ever using <z̧> since it's not a precomposed character in Unicode...

Xonen wrote: ↑21 Jun 2020 22:15That usage of <y> and <ı> seems kind of... exactly backward from what I'd expect, both based on Turkish and just intuitively. But apart from that little detail, seems fairly decent to me; definitely an enormous improvement.

Agreed 100%, it's so weird. I wonder if there's some reason for it that hasn't been published? Like, why would they still cling to that of all things if they've already thrown everything Nazarbayev wanted out the window?
Top