A forum for discussing linguistics or just languages in general.
Post Reply
6 posts • Page 1 of 1

I decided to try and see if it's possible to design a code language in the spirit of agent stories and such. I'd like to hear your ideas and input on this topic; how to proceed with it.

Since the code needs to be compatible with most languages, it should probably be based on more conceptual kinds of things instead of specific words. These could be:
- distance (near vs. far)
- counts of things (single vs. multiple)
- precision (exact amounts/qualities vs. non-exact amounts/qualities)
- time (now vs. before/later)
- actions (someone/something is doing something)
- sentence types (statement/question/command/pondering)
- bodily gestures (hand signals/facial expressions)
- etc...

Since the code language should work during regular discussions, the coded sentences must be embedded between the regular sentences. This means those sentences need some kind of indicator when they're happening.

A single word at the start of the sentence won't be enough, since that word could easily be used by anyone in the same fashion. This leaves at least three options which might work:

1. Sentence starting with a specific predefined combination of words from the list earlier in this post.
2. Using sentence types and/or words as a challenge/response method.
3. Bodily gestures.

Or any combination of the above. Let's look at these one by one:

Sentences could be started in specific ways to indicate which person is being discussed. These kinds of words could be for example:

So instead of using the word "you" to describe who is being discussed in that sentence, you could use combination of words from the above list. Examples:

A single thing does exactly something: (single thing) + (verb) + (exact amount)
"It is precisely"
"Car arrives exactly"
"Moving is totally"
"That is all"

...and then the sentence can continue whichever way wanted. The idea is that the rest of the sentence is now about "you". Example:


Maybe you could also anchor some words to mean specific things or persons for the rest of the discussion. One idea how to do this could simply be a word combination in the beginning of a sentence:
"That is" + noun
Translation: "You are" (the noun)

Example:
"That is food, which goes bad easily."
Now the word "food" always refers to "you". The rest of the above sentence already describes things about "you".

This raises a question: What about the other people in the discussion? They can also talk about the "food". This shouldn't affect the coded discussion. Maybe this could be remedied by using specific types of sentences when discussing the coded topic? This takes us to the next topic:

For example discussing about "you" (using the word "food"), you could always talk in "statements", i.e. like something is a fact. Examples:

If sentence types could be used to separate discussions about "you" and "me" and other people, then more than one sentence type is required for coded discussions. Maybe when you talk about yourself ("I/me/myself"), the sentence would be more of a pondering, non-statement. Maybe even not in the present moment. Examples:


To ensure you are actually talking with a person who responds to you in code language, level of extra security might be required. Challenge/response type of system could be used. One simple idea how to do this could be to assign each sentence type a number and then counting those numbers up and comparing the result to some predefined reference value (such as anything divisible by 3).

Now when a person gets their turn in the discussion, he/she has to start their own turn with such a sentence, which type/value adds up to the next number divisible by 3. All sentences spoken afterwards by that person in their turn start adding up the value from 0 again.

It might make things easier to discuss if you could use shortcuts to describe specific things. For example if you could simply use a non-attention attracting hand gesture to define when you're talking about "you" or "me", that would remove some complexities from the code language.

You could use these gestures in same way as the language itself. I.e. tell the other person that: "the subject in this single sentence is you". Or "from now on this specific word I'm saying right now is anchored to mean you".

Example:
Point the index finger casually in the air and talk about weather. Whatever you say about weather applies to the listener.

You could easily add other gestures in the system, namely facial expressions, combinations of using fingers and face, etc... Example:

All ideas are welcome on how to improve this code language so that it covers discussing anything and anyone. Including people right next to you who should not know that you are discussing about them at the moment.

You could also use numbers to communicate different kinds of things to people. For example if you combined numbers, you could convey all kinds of information. As an example take a look at the below number groups A, B and C:

If they were always expected to be in the sequence A B A C. You could drop number from the end OR you could replace any of them with a zero. Zero means that number is ignored completely. Then you could form messages in the following way:

Those numbers could be used in place of time (11:30 pm, etc.) or whatever works in the current situation.

This brings the problem: you must be able to somehow differentiate when you're actually sending a message using that method and when you are not. One way you could do this is by using this method in specific sentence types. Maybe when you're talking about yourself in the code language, or in regular language, or something.
Top

An idea popped into my head about this code language:

If someone says:
"That is one excellent question."

It could be used as a teaching method, if it was used to describe the format of the code language:

1. "That" would mean that I'm currently describing how to talk about "you".
2. "is" means that the sentence must be in present moment, a currently happening event.
3. "one" means that I must use words that describe a single specific entity/thing/something when talking about "you". Basically anything that answers the question "What" can be used: It/cat/car/driving/vacation/etc....
4. "excellent" is a bit more tricky, but it would imply that synonyms of the word "excellent" could be used.
5. "question" would mean that the rest of the sentence is actually a question in disguise of a regular sentence.

So when asking something about "you", you would combine points 3/4/5 one after the other. Here's an example:
"Car restoration" + "is excellent for" + "spending pastime on non-meaningful things."

So the code for indicating that this is a question about "you" is the following part:
"Car restoration" + "is excellent for"

The actual content of the question is this:
"spending pastime on non-meaningful things."

So the translation could be something along the lines of "Why are you spending pastime on non-meaningful things?"

Alternate idea of the same format:

The above would not be a question, but a statement about "you". Then the translated sentence would be:

"You are spending pastime on non-meaningful things."

"You are excellent at spending pastime on non-meaningful things."
Top

I received comments from elsewhere that the code language idea was too unintuitive what it's shaping up to be at the moment. Here's a more developed idea of it.

When you talk about someone (you or me), it could possibly be achieved by using sentence structures. I got the idea from impro theater. (Yes/And method)

First you agree to whatever was said to you; this tells listeners to stay alert, since code language might follow. Then you use a keyword, which describes who is being discussed. Then comes the actual content.

Example structures which could work:

Agreement can be anything that is clear to the listener that you agree with them:
"Yes"
"Naturally"
"I think you're right"
"Ofcourse it's true".

So for example you wouldn't use the word "when" per se, but words describing time ("now/then/yesterday/tomorrow/last christmas/etc.") when discussing about "me" or "you". Or maybe the word referring to future/past/present could be used to tell the difference who is the actual subject of the sentence (you/me/etc.). Both ideas might work. The subject of the full sentence should always be thought to be the one marked by the "what/where/when/why" part.

Example, where the word "tomorrow" means "me/myself/I":
"Yes, ofcourse!" + "Tomorrow" + "local dogs will be searching for the missing package."

Translation:
"Tomorrow I will be searching for the missing package."

Notice that "tomorrow" refers to "me" so the subject, "local dogs", means "me".

Translation:
"Then it's possible for me to arrive on time."

Here's the next iteration, trying to make things more intuitive.

When speaking in code language you always keep the sentences in present tense and use code word combinations to deliver the message.

So you would just ignore the preceding part of the sentence before you reach the part that fits the "talking about myself".
To make it very specific, the "one thing" at the start of the code block could be action of sorts instead of a physical thing:

When you talk about your discussion partner ("you"), you would use the following rule:
(all of several things) + "are" + (adjective) + message.

French people + are + fast + learners.
Translation "You are a fast learner."

You could extend the code language by using hand signs. 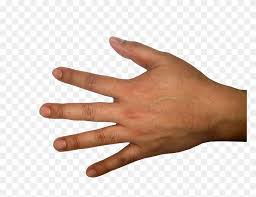 Example:
Remember "Peter" (+ hand sign) from Michigan? He called me and said that he likes to keep some distance to his neighbours since they've started snooping around.

Translation: "Keep your distance to your neighbours."
Top
Post Reply
6 posts • Page 1 of 1